We had the opportunity to work on a very clean 1986 Jeep Wrangler CJ-7 here at High End Car Stereo and Performance. This jeep spends time on the road with the top off so we had to make sure to install a head unit in an area that is going to stay safe from the outside elements as well as speakers that can withstand them. We installed an Alpine head unit in a custom center console that protects it by having a cover that flips down if it starts raining keeping it safe. We installed an IR repeater so that he can access the radio’s features by remote control in the event that the cover is flipped down protecting the radio. Six and a half inch marine coaxial speakers by Wetsounds were installed in a custom speaker center pod in the front of the vehicle and in two custom pole pods for the rear. Rockford Fosgate eight inch slim sub woofers were installed in sub woofer enclosures on either side of the rear passenger custom built by our expert fabricator. Powering it all up is a Rockford Fosgate marine power series five channel amplifier.

Video brought to you by High End Car Stereo and Performance

We had the pleasure of working on a gorgeous 1932 Ford Roadster here at High End Car Stereo and Performance. This true classic was brought to us for an audio upgrade and we delivered like we always do. We upgraded the radio to an Alpine CDE-164BT which boasts really cool features such as bluetooth technology both for your phone as well as streaming music from any device that has bluetooth capabilities. We added a pair of Hertz Audio 6.5″ HSK165.4 component speakers, installed in the center console under the dash while the tweeters were mounted flush on the dash itself. Powering up the components is a Rockford-Fosgate T400X2AD 2-channel amplifier neatly installed out of sight under the dash. To give it some needed bass to round up the sound system, we added two Rockford-Fosgate PS-8 pre-amped 300 watt sub-woofers behind both seats. We also added an infrared repeater to facilitate our customer with the ability to control the radio and all of its functions with an Alpine RUE-4202 remote control while keeping the entire audio system hidden from plain sight. Now this amazing vehicle has an equally amazing sound system to match. Bring your classic down to High End Car Stereo and Performance where your vehicle gets treated like one of our own. 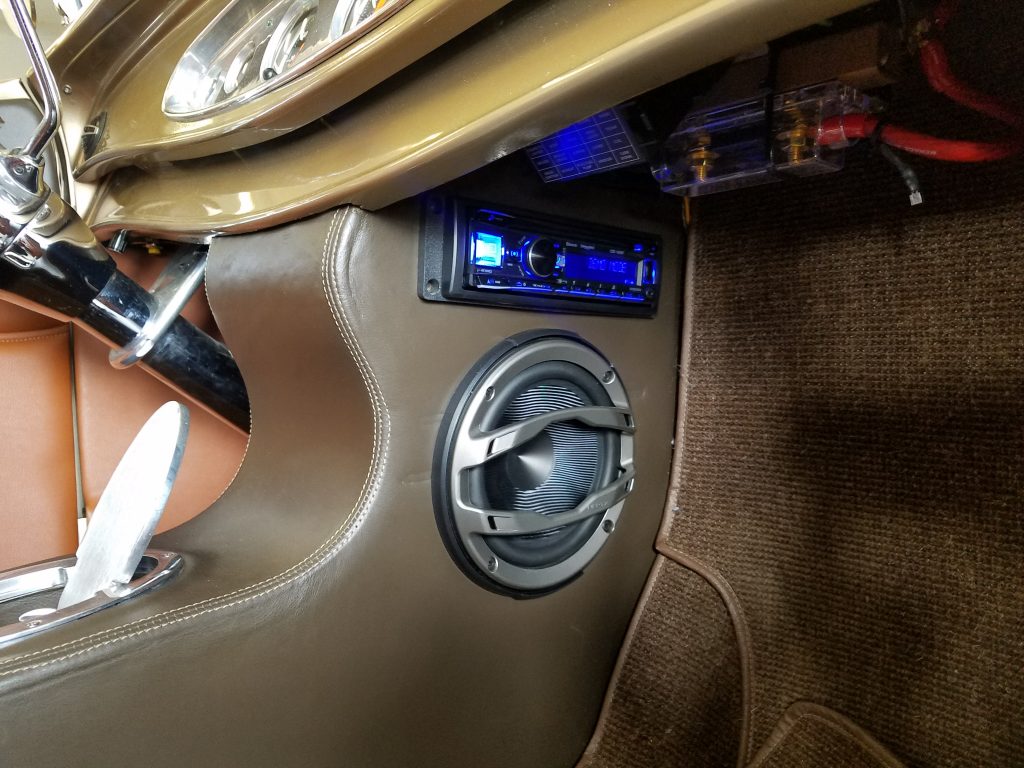 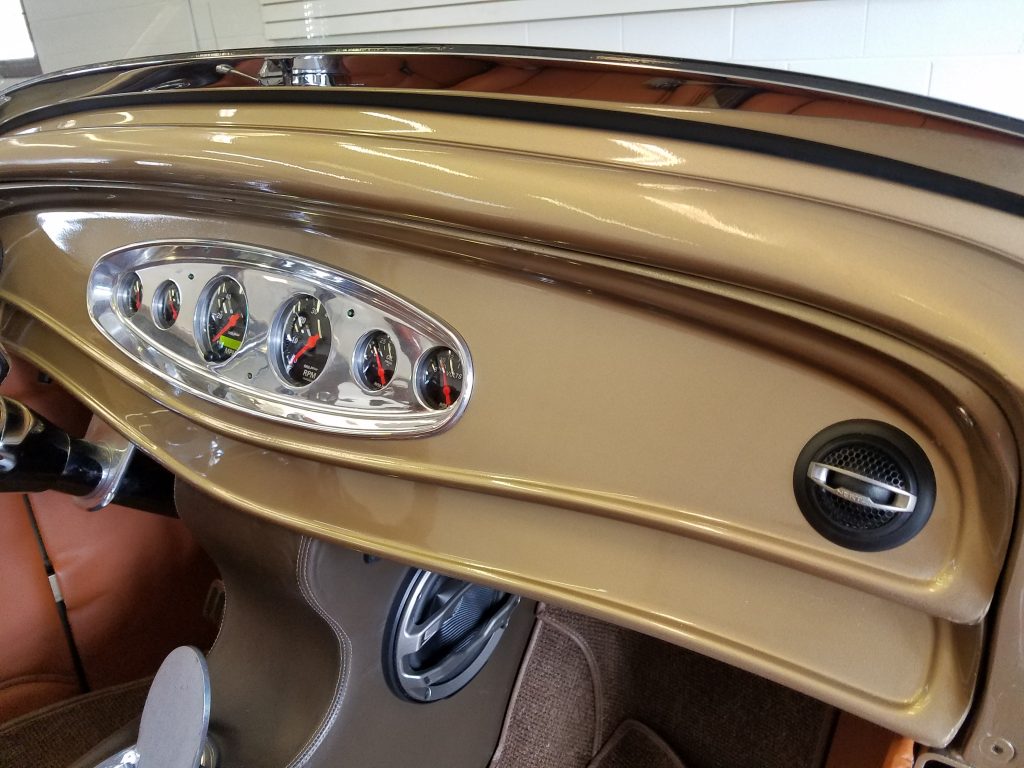